The judges for Theatre Odyssey’s Sixteenth Annual Ten-Minute Play Festival (New College Professor of English and Theater Nova Myhill, noted actress and director Pam Wiley, and Asolo Rep dramaturg James Monaghan) have named Keith Whalen’s play, WHITE ANGEL, a taut story of a young man desperate to visit his girlfriend at her college dorm only to be intercepted by the protective “dorm mom,” as the 2021 Best Play. Keith receives a cash prize of $500.

Dorothea Cahan’s DANCING IN THE ELEVATOR is Runner-up

Dorothea Cahan’s sweet and engaging story of a troubled young woman who finds the beginning of happiness at the bottom of a teacup thanks to a flamboyant fortune-teller is the 2021 Runner-up and earns Dorothea a cash prize of $300.

The radio theater cast of WHITE ANGEL, directed by Preston Boyd, was Tami Vaughan and Thomas Aposporos II. DANCING IN THE ELEVATOR was directed by Jenny Aldrich Walker and featured Lindsey Nickel and Peg Harvey. The plays were judged as written for the stage. Radio theater productions of all eight finalists had been presented on Theatre Odyssey’s website. 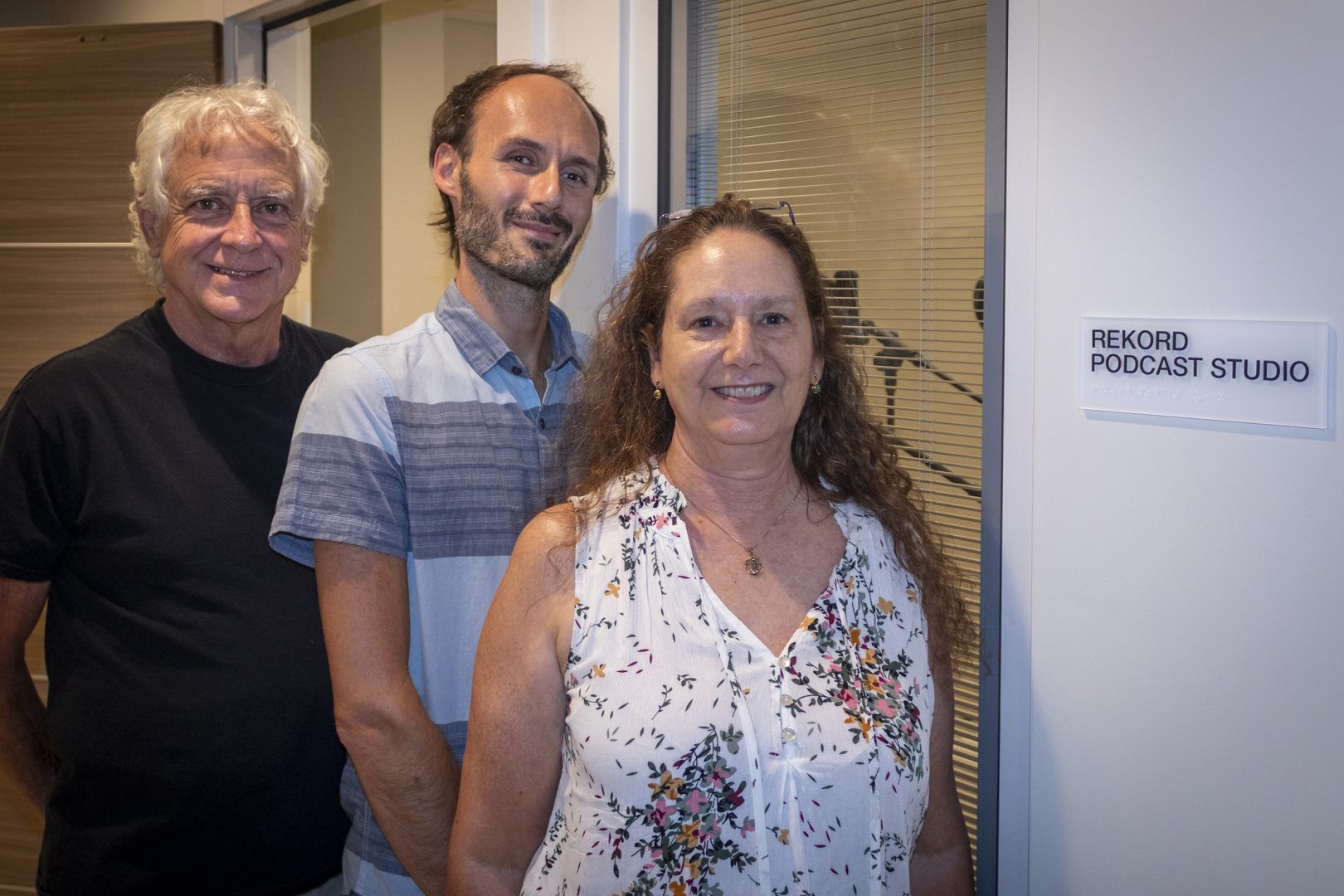 Director Preston Boyd with the WHITE ANGEL cast, Thomas Aposporos II and Tami Vaughan. The eight finalist plays in this year’s festival were recorded in the podcast studio at Kompose Hotel in Sarasota. 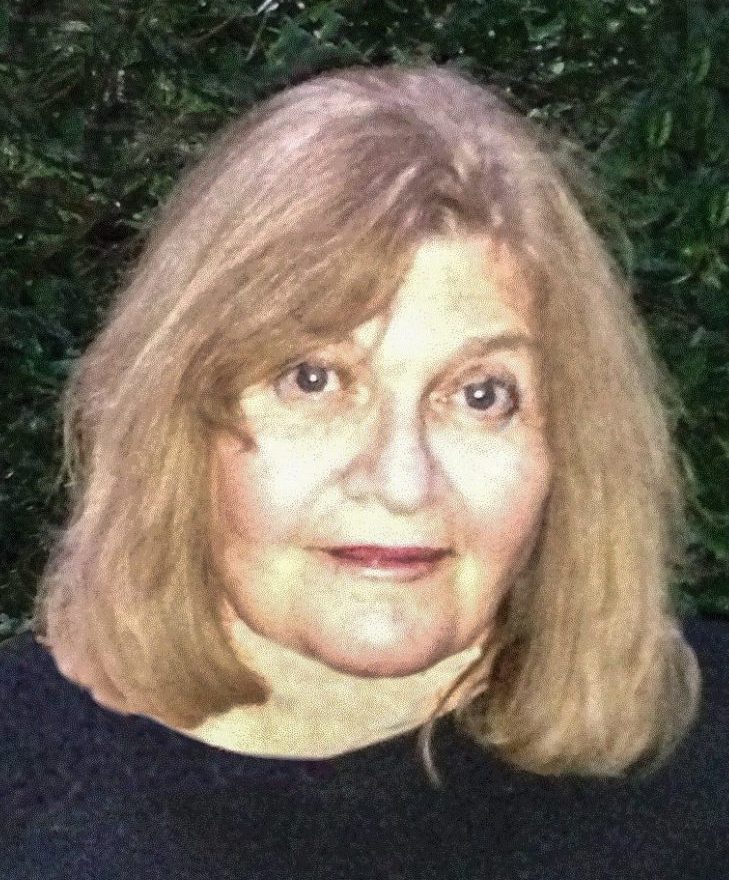 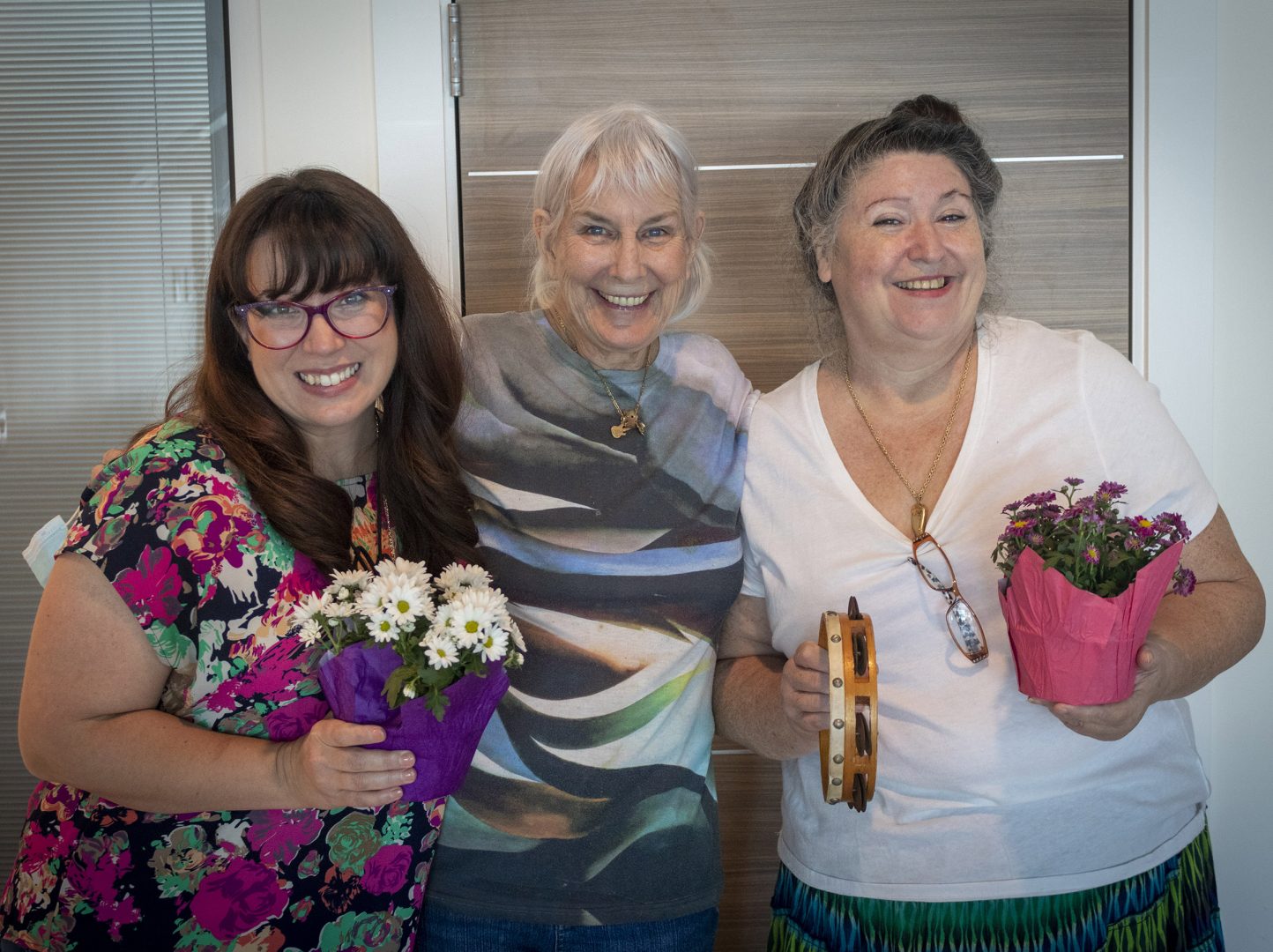 Frequent visitors to this website might have noticed a new menu item above: RECORDING SERVICE. Utilizing the recording equipment purchased for the recent Ten-Minute Play Festival, we can now assist local performers in preparing their audio “reels” to submit to casting directors in search of vocal talent. More details here.

THE MISSION OF THEATRE ODYSSEY

To engage our audience in short, innovative theater works while providing a nurturing environment that encourages, challenges, and inspires playwrights and other theater artists.

Theatre Odyssey Inc. is a nonprofit organization. Contributions are deductible to the extent permitted by law under IRS Code 501(c)(3).